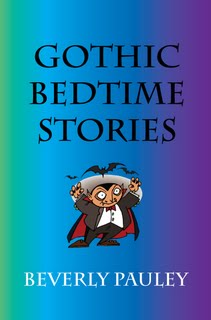 Episode 17 of the WVW Podcast in which we air the second of our patented recorded live readings. (Q: "But if it's recorded, how can it be live?" A: "Mind your own Ps and Qs.")

The Literary Tea series for 2009 will run October 1, 8, 15, 22 with a special Kids Tea on October 29 and a community poetry Tea on November 5. These take place at 5:30 p at the Greenbrier Valley Theatre in downtown Lewisburg.

If you're a member or extended friend of WV Writers, Inc. we invite you to submit your own live readings to wvwpodcast@gmail.com.

Welcome to the second bonus show of the WVW Podcast, continuing to serve as a no-frills, bi-weekly clearing house for quality interview trimmings we were unable to fit into previous episodes.

This week we play a couple of conversational clips trimmed from last week's Shirley Young Campbell tribute episode, featuring Dolly Withrow and Barbara Smith. We also have a return visit from my dog, who seems to think she's my new co-host. 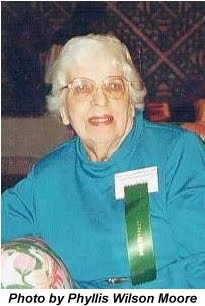 This week we present a special double-sized podcast episode in tribute to WV Writers founder Shirley Young Campbell, who passed away August 17, 2009. For this special episode, we interview Kirk Judd, Barbara Smith and Dolly Withrow, each counted among the charter members of WV Writers and longtime friends of Mrs. Campbell.

We speak to them about Mrs. Campbell's many accomplishments in promoting the writing and writers of WV, her role as a catalyst in the creation of West Virginia Writers, Inc., her co-founding of Mountain State Press, her own writing and many publications, what she was like as a person, and her role as the "Literary Mother" of so many of the finest writers of our state and beyond.

Many thanks to Phyllis Wilson Moore for her tremendous help in the research for this podcast.

A POEM FOR SHIRLEY YOUNG CAMPBELL
BY BOYD CARR

i was a budding writer in her fold ~
when i got into My.th day/nights
i would send her my papers ~

do you think if i had gone to the
university of virginia i could understand
your My.th ?

bc
Posted by Eric Fritzius at 12:03 AM 2 comments: Links to this post

THIS WEEK: A special podcast tribute to Shirley Young Campbell

This week's podcast will be a special episode celebrating the accomplishments of the Mother of WV Writers, Shirley Young Campbell. Mrs. Campbell was a tireless promoter of the writers of our state and Appalachia beyond. She was also responsible for the initial creation of our organization and served as a guide for it for most of its history.

We'll talk with a few of the people who knew her who can speak to her dedication.

This extra long episode will be posted here this Friday, or get it slightly earlier the night before through iTunes subscription.
Posted by Eric Fritzius at 12:25 PM No comments: Links to this post

Welcome to the first bonus show of the WVW Podcast. The bonus shows will serve as a no-frills, bi-weekly clearing house for quality interview trimmings we were unable to fit into previous episodes.

Up first is last week's interview subject, Granny Sue Holstein. I talk to her about her ongoing blog "Granny Sue's News & Reviews," about how people interested in storytelling can get their feet wet at it, and how her husband once nearly set my face on fire.